The Corn Bunting, Miliaria calandra, is a passerine bird in the bunting family Emberizidae, a group now separated by most modern authors from the finches, Fringillidae. It is the sole member of the genus Miliaria, although a few authorities place it in the large genus Emberiza. 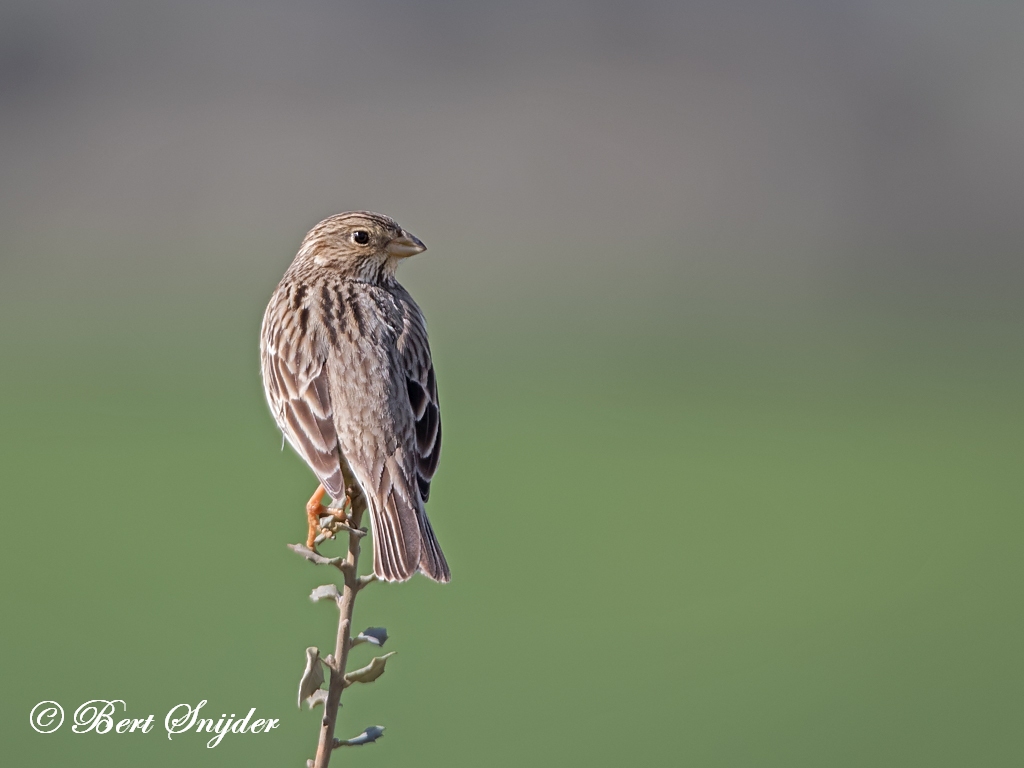 This is an unusual bunting because the sexes appear similar in plumage, although the males are approximately 20% larger than females. This large bulky bunting is 16-19cm long, has male and female plumages similar, and lacks the showy male colours, especially on the head, common in the genus Emberiza. Both sexes look something like larks, with streaked grey-brown above, and whitish underparts.

The song of the male is a repetitive metallic sound, usually likened to jangling keys, which is given from a low bush, fence post or telephone wires.

It breeds across southern and central Europe, north Africa and Asia across to Kazahkstan. It is mainly resident, but some birds from colder regions of central Europe and Asia migrate southwards in winter.

The Corn Bunting is a bird of open country with trees, such as farmland and weedy wasteland. It has declined greatly in northwest Europe due to intensive agricultural practices depriving it of its food supply of weed seeds and insects, the latter especially when feeding young.

Its natural food consists of insects when feeding young, and otherwise seeds.

Males defend territories in the breeding season and can be polygynous, with up to three females per breeding male. The population sex ratio is generally 1:1, which means some males remain unmated during a season. Males play only a small role in parental care; they are not involved in nest building or incubation, and only feed the chicks when they are over half grown.

The nest is made of grass, lined with hair or fine grass, and is usually built on the ground. Average clutch size is 4, but commonly varies from 3 to 5, occasionally 6.